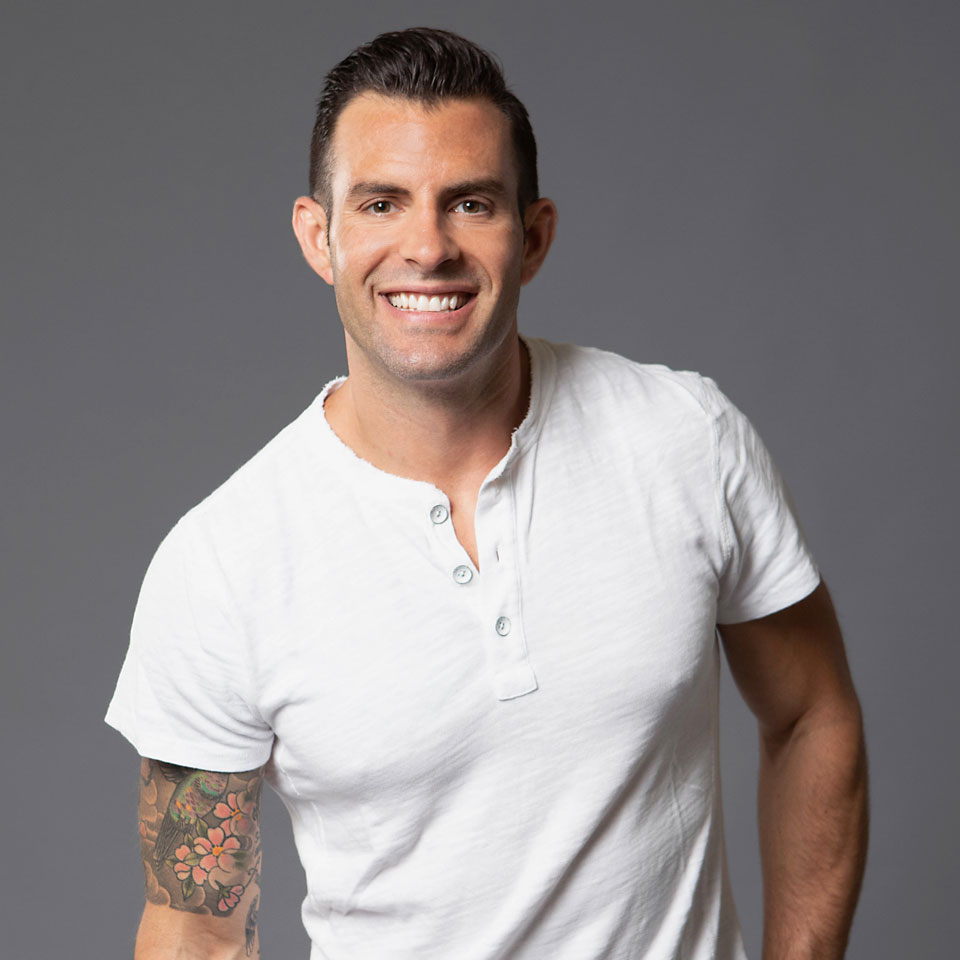 Episode 120 features John Colaneri, a Designer, Developer, Children’s Book Author, and One of the Cousins on HGTV’s Kitchen Cousins, Cousins On Call, and Cousins Undercover as well as becoming regular special guests on The Ellen DeGeneres Show and The Rachael Ray Show.

In addition to being one of The Cousins on HGTV, John Colaneri stands out as a dynamic business maven in his own right. You’ve already seen the New Jersey native beef up and bolster homes across the U.S. with his cousin and best bud Anthony Carrino on their multiple hit shows on HGTV. Now their latest endeavors are with the Ellen DeGeneres Digital team in launching original shows. John’s journey has seen him build an extraordinary professional acumen along the way.

Graduating from Penn State in 2003, he immediately entered the corporate world at Fortune 500 company Fisher Scientific. Within a year, he joined international entity Faital S.P.A. as the United States Operation Manager. From spearheading organization to accounting, he proved instrumental to this OEM speaker manufacturer. John worked for his family construction business starting in 2007 as a senior project manager managing projects that would range from $2 million-$7 million.

HGTV came calling in 2011 and offered The Cousins their first show. Over the course of Kitchen Cousins, Cousins On Call, and Cousins Undercover, this powerful and precise pair saved countless homes with John remaining instrumental to the vision. They moved into the online realm with the funny and fiery cooking show Chill & Grill and a guide to being a guy—MANuscript. In 2015 the duo debuted their much-anticipated show, America’s Most Desperate Kitchens. Along the way, they became regular special guests on The Ellen DeGeneres Show and The Rachael Ray Show. This led to their first original project with the Ellen Digital team, Grand Design where they surprised viewers by re-creating a room for 1,000 dollars! With the success of their first show the Ellen digital team came calling again and this time it was for an even larger show called The Build Up! The first season debut was in Jan 2019 and the show was a success from the start and has currently over 35 million views across the Ellen digital platforms to become one of their most successful shows of 2019!

In 2019 John launched is own development company Lilyshea Development LLC that will focus on high-end residential design and custom spec homes that he is developing and designing in the New Jersey area.

The Cousins launched their first children’s book What Can You Do With A Toolbox in September 2018 and from the start it was a #1 seller for Amazon! The book is published by Simon and Schuster and illustrated by Maple Lam. The Cousins are depicted as themselves in the book and hope this will be the first of the series to follow.

Beyond these endeavors, John is a highly devoted family man. He and his wife Jennifer have two daughters and live in North Jersey. A lifelong fitness enthusiast, he also hosts his own exercise and wellness channel on YouTube, Colaneri Extreme Fitness.

If you enjoyed this interview you may also like my Just Get Started Podcast Interview with CrossFit Games Champion, Lindy Barber.